WorldMatch is enriching the summer with new refreshing exclusive releases.

Our journey begins in the Jurassic. Life finds a way, no matter what happens, species and nature will always find a way to reproduce and survive even in natures harshest conditions. The Tyragnez shows all of this. The simplicity of life, of a family of 2 that becomes a family of 4, dinosaurs.

From the most influential family of the Jurassic to #Influencer itself. Adjust the lightning and get ready to take your best selfies ever! WorldMatch is bringing on the competition. 5 influencers are competing to get the most likes, the most reshares and the most comments. Who will win this challenge and get more followers? Will it be a human or a furry being? They will all fight with glitter claws to win the best advertisements and sponsored posts.

After influencers competing it’s the turn of an Olympic competition. All the species of animals are gathering into the Jungle to dispute the Jungle Olympics. Pick your player and start this adventure in the wild. 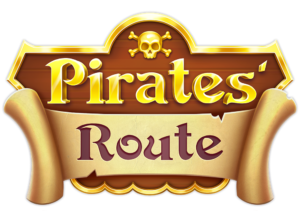 Take home the trophy from the Olympics and sail to the darkest seas. It’s time to test your seafaring skills and see if you’ll be worthy of the long-lost treasure. Pirates’ Route has a stunning never seen before design, with the helm in the middle of the reels. Pirates’ Route is out now and it promises great treasures.

But what if your pirate’s ship sink? Then you’ll find yourself in the middle of a Jellyfishes’ party! It’s a techno party with Jellyfishes raving and dancing for days. The volume is unbereable and everyone is going wild. DeeJelly is the life of the party and the one that will gift the players the most winnings.

All these games are available and ready to play. Which one will you choose?

As key partner of the most prestigious regulated casinos, WorldMatch is fully committed to responsible game. You can read more about our policies and how we ensure Responsible Gaming here.